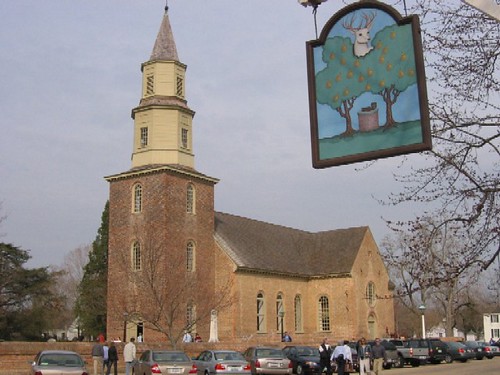 Last Saturday, Steph, Mark and I drove down to Williamsburg, VA. They have this recreation of a colonial town…from colonial times.

In the post office – they have this book on pictures of Williamsburg – during different decades. Back in 1922 – it looked like a suburb. Then the townsfolks figured they could make the place a tourist trap and rake-in the tourist bucks. So, they got rid of the modern-day street traffic on Duke Gloucester. They forced people into colonial costumers. They renovated a bunch of buildings to their colonial glory….

In case you couldn’t figure it out…this is a colonial church…and it still has worship services going on. 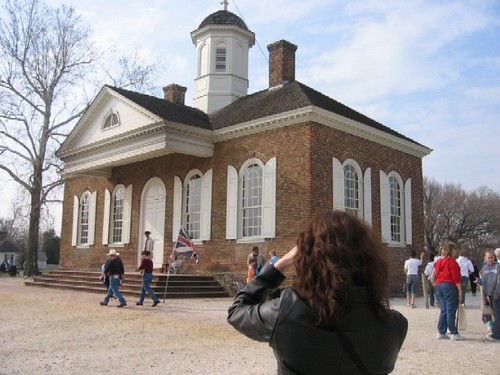 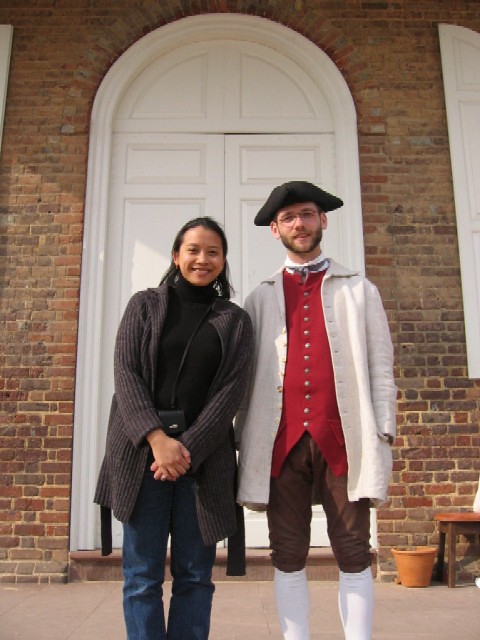 This colonial dude told us they have a variety of trials…you could also be arrested and tried for skipping church. Williamsburg people love hawking their colonial wares….these are birdhouses…done in the colonial style….colonial stuff is expensive in Williamsburg – we found a teapot going for $108 (American). This all that remains of a colonial Starbucks…according to the notes – this coffee house was more of a hang-out for Colonial men, than the taverns and pubs. I had a colonial chai tea latte at a tavern across the way. Not only do folks dress up in the colonial garb – they speak with the colonial accent: “Good day to you!”

After Steph ordered her colonial tea…the server traveled back to the present and started speaking with a VA drawl. Williamsburg used to be the capital of Virginia…in colonial times. One colonial character told us they moved the capital away from Williamsburg because folks thought it was too vulnerable of location – being surrounded by bodies of water and stuff like this. During colonial times, the governor (appointed by the King) and the House of Burgesses (reps to the different provinces) met in this building.

Here’s the colonial jail….one mom told her kid: “Let’s go inside the jail!” The kid replied: “I don’t want to go to jail!” The mom promised they would be able to get out of the jail after going inside…. Colonial horsepower….the horses got swamped by a visiting cheerleader squad…guess the team name…